Frank Voisin was born in Waterloo in 1922 and grew up during The Great Depression. He was the oldest of six children and the family was profoundly poor. As a young boy, he worked after school and on the weekends in his grandmother’s grocery store in the front of her Allen Street home. Frank decided two things at a very young age: he loved to work, and he didn’t want to be poor for the rest of his life.

Frank met and fell in love with Glady Voll in 1944. She, too, was devastatingly poor, and she also loved to work. They pooled their savings and bought the lot at 30 Earl Street. Together, they built their first house. Since they had done all the work themselves, the house was worth a lot more when it was finished. They sold it at a good profit and built another house, then another. Frank and Glady both lived by the motto “Work is fun”. They married in 1946 and started a family.

When Glady could no longer help him, Frank continued to build houses and before long he was building 125 houses each year. That was more than the next four largest builders combined. He built almost one thousand homes in Fairfield Heights, Lincoln Heights, Forest Hill, Forest Heights and Breithaupt Park. Frank built the Forest Hill Shopping Centre in 1962 and the Sunrise Shopping Centre in 2003.

Throughout the years, Frank was a tireless volunteer for many organizations in our area. He served in various capacities on the Board of St. Mary’s General Hospital from 1972 to 2003. As a dedicated member of the Catholic Church, Frank was on the Building Committee for the design and construction of Our Lady of Lourdes Church in Waterloo and for St. Francis Church in Kitchener. In 1966 Frank designed and supervised the construction of the buildings for St. Agatha Children’s Village in St. Agatha. He was the Permanent Secretary-Treasurer of the Committee for the Carmelite Nuns, a group of local people who raise funds for and give advice to the local community of Carmelite nuns. In November 2011 Frank was named Knight Commander with Star of St. Gregory the Great by Bishop Douglas Crosby for his continued work and support of the Catholic Church. This is the highest honour given to lay people in the Catholic Church.

“Why,” I asked Frank Voisin, “did you devote so much of your life to helping others?”

Frank paused, and then explained, “It all began because someone asked me to help. It never occurred to me that I wouldn’t do everything I could to support my community. I was there, I had the knowledge and I was willing. So I just never stopped.” Frank simply says it like it is. Frank is frank.

Frank and Glady raised ten children: Greg, Mac, Anne, Jane, George, Guy, Tina, Paul, Chris and Vince. They were all influenced by the strong values of their parents. The family has grown and now includes 26 grandchildren and 39 great grandchildren. The Voisins have been instrumental in the evolution of Waterloo Region as it became a vibrant and respected Canadian community. Thank you, Frank and Glady! 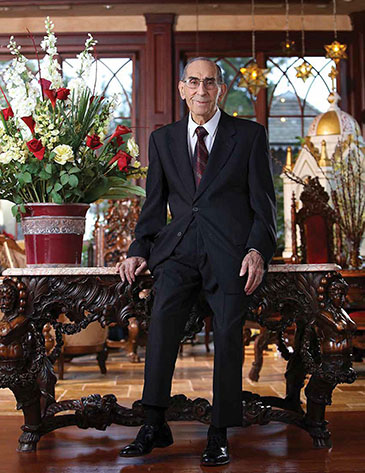